‘A tidal wave of problems’: texting on the mental health frontline 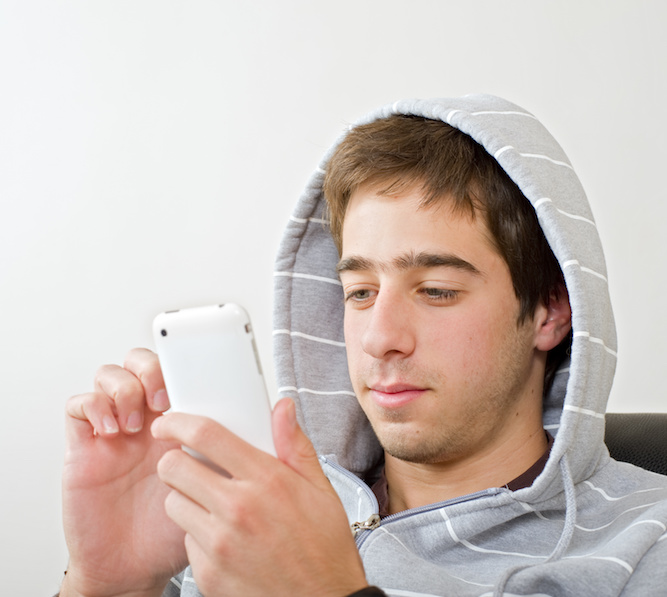 ‘A tidal wave of problems’: texting on the mental health frontline

Written by Robert Booth for The Guardian June 10th 2019

Shout, a new suicide prevention service, caters mainly to younger people who might not make a phone call or talk to loved ones.

The computer dashboard at Shout, a suicide prevention text service, flashes up with a new cry for help every minute or two.

The really worrying ones are highlighted in yellow by software that attempts to detect if a texter is about to try to kill themselves.

Words and phrases such as “overdose” or “I can’t do this any more” trigger an urgent priority flag, and a trained volunteer armed with a laptop starts trying to calm down, reassure and then help the texter.

This is the new digital frontline in the fight to deter young people from taking their own lives or even thinking about it.

Since Shout was launched last month as part of the Duke and Duchess of Cambridge’s mental health campaign, its operators have been handling 500 conversations a day, 70% from women and girls, sometimes from classrooms and playgrounds.

The crises are often so severe that the emergency services have had to be despatched in “active rescues” as often as 22 times a day.

Suicide rates in the UK have been falling slightly in recent years and the most vulnerable group remains men aged 45 to 49.

But Shout is catering to younger people who might not pick up the phone or talk to friends or family but are happy text their problems to a stranger who will try to guide them to professional help.

At just before 5pm during one session, 12 people were texting at once, ranging from someone having an anxiety attack because of a problem at school to another sitting with a lot of pills.

One person said they were struggling to cope with suicidal thoughts.

“We’ve had a couple of texts this morning from school about bullying and relationships,” said Dr Fiona Pienaar, the chief clinical officer at Mental Health Innovations, the charity that runs Shout.

There was talk of postpartum depression, feeling lost and in some cases just having a bad day. Many people are repeat texters.

The texts are picked up by volunteers across the country and in some cases as far away as New Zealand.

They are tasked with calming people down so they are no longer in danger, offering them links to resources where they can find further help, and simply listening without judgment Sometimes they can juggle as many as five conversations at once.

Qualified clinicians supervise all of the interactions and can step in at any moment if they feel the volunteer is making a mistake.