My Own Story of Early Life and Childhood Challenges 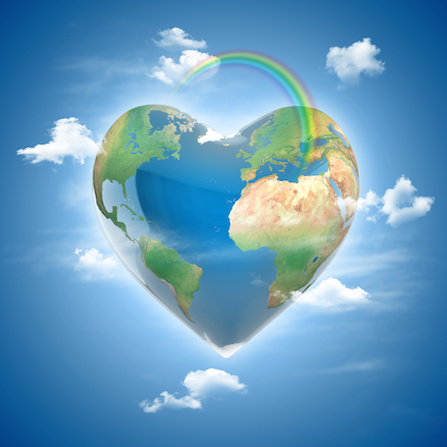 I thought you might like to know a bit about my background. We all have our own story and past childhood challenges don’t we.

I was a child of the 60’s and 70’s with an English mother and Tunisian father.

Being of mixed parentage was an unusual situation for anyone, including myself and my brother.

We lived in Bournemouth, a small town in England and as far as I was aware, there were no other mixed parentage families around.

We were not only mixed but also Roman Catholic and brought up by a single parent, our mum.

Growing up, I can honestly say that I’d not met anyone who came from a single parent family unless bereavement had occurred.

While Catholic schools in those days were run by the church and what was called, ‘a closed shop’.

I guess in a way I belonged to three minority groups, although life was still good.

Don’t get me wrong, we had our fair share of feeling like outsiders, but it was somewhat cushioned by a fun-loving rebellious mother.

The Challenges of a Mixed Marriage

Each mixed marriage is unique and has its own dynamics and challenges.

My mum was a true adventurer. When few travelled, least of all women, as a schoolteacher she was able to sign up with the British Army.

She was stationed in Libya where she fell in love with North Africa and my Tunisian father.

My mother and father settled in London with my one year old brother and in 1956, I was born.

My dad found work as an interpreter with the BBC, but in the same year the political row over the Suez Canal broke out between Britain and Egypt.

All Arab nationals were dismissed from their UK employment.

Knowing my father’s character, he would have felt rejected by a country that he dearly loved,

it would have been difficult for him to stay, and he returned to Tunisia.

My mother tried living in Tunisia with us when we were still very young, but found it too difficult and we returned to the UK.

My father worked as an interpreter in the American Embassy in Tunis for the rest of his life.

He would visit us every few years during our childhood.

How Early Beliefs are Formed from Childhood Challenges

Although my father was absent while growing up, his absence did not mean the absence of his culture.

On the contrary, my heritage was present in my life in many ways, both positive and negative.

People would pick up on my brown eyes and dark brown curly hair which in the 60’s was unusual to see in a small town like Bournemouth.

While my mother’s love of ‘exotic’ countries encouraged me to value cultural differences.

However, one childhood challenge and negative aspect was going to the same catholic school that my mother taught in.

The challenges that many roman catholic school children experienced from that era are known.

However, through my own personal therapy I realised that there was an element of extra punishment for all three of us, me, my mum and my brother.

On reflection, I believe that it came from my mother’s marriage to my non-catholic father and their consequent separation.

These childhood challenges seemed to create in me unhealthy beliefs such as, ‘Institutions can’t be trusted’, ‘Others in authority won’t accept me’ and ‘The world is a dangerous place’.

I’m aware that my own childhood challenges of being mixed has always been a powerful undercurrent in my life.

It is a phenomenon that has permeated my life choices and actions and partly motivated me to become a psychologist and therapist.

Life as a Therapist

As a therapist I have an ethical responsibility to my clients.

I’m equally aware of how culture and race can manifest within the clinical setting.

My first experience of multicultural challenges as a therapist came in my third year of training.

I had a client who disclosed strong feelings against multiculturalism which challenged my own personal world and sense of identity.

With the help of supervision I explored my own cultural assumptions and expectations in order to help maintain a non-judgmental stance towards my client.

I became aware of the meaning that multiculturalism had for my client at that time, and how that was linked to his own childhood challenges.

Equally meaningful for me was my awareness of my own vulnerability.

We continued to work together and brought meaning to the tensions that exist within the givens of existence.

The point I’m trying to make is that, however uncomfortable, talking is essential for positive outcomes to be achieved.

The ‘WhereToTalk’ project emerged mainly from my own life experiences.

We’ve come a long way from the days of stigma associated with divorce and the ‘closed shop’ of Catholicism.

I also like to think that no-one these days would ever be sacked by the BBC because of their cultural origin.

However, we still have some way to go. The challenges are still there in LGBT experiences, racism, people with disabilities, physical and of course, mental health.

In exploring what it is like to be of mixed parentage, or any ‘difference’ there is a sense of lived time.

The temporal realm dwells in the modality of hope for other people. That they able to express that part of them that needs to be expressed without fear of misunderstanding.

Stories of Being Human

I aim to create a space in Where to Talk for others to share their own stories that reflect above all, stories of being human.